Hats for cats at my local animal shelter!

I made these last year, but thought people here might enjoy these! To make a long story short, I made over 60 hats for cats by hand (no sewing machine!) using felt, embroidery floss, acrylic paint, beads, buttons, and anything else that I thought would work!

I put the details into the bottom of the post for anyone interested in the details. Here are some of my favorites from the bunch… 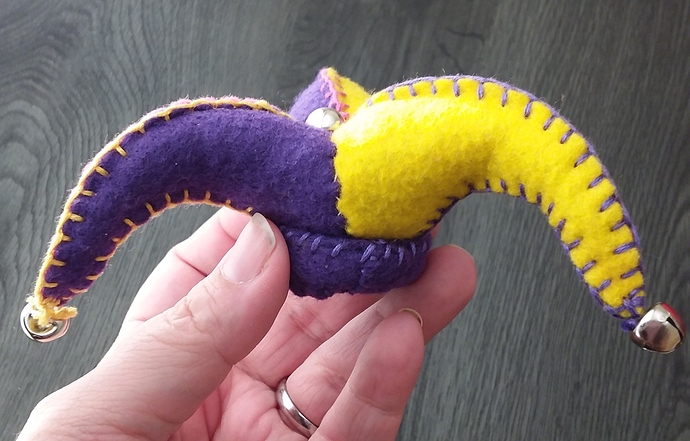 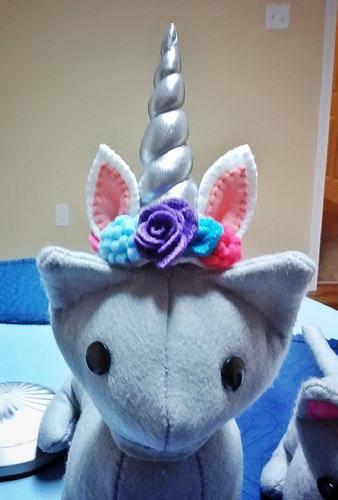 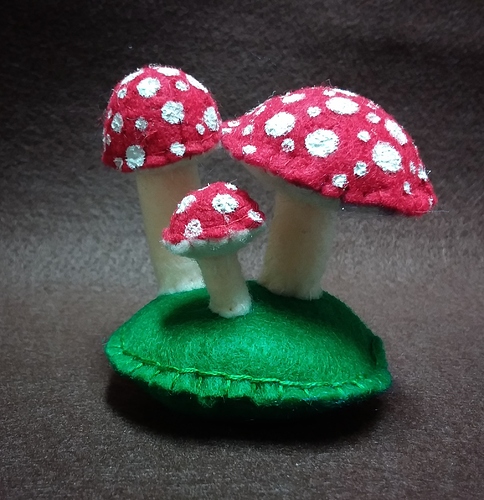 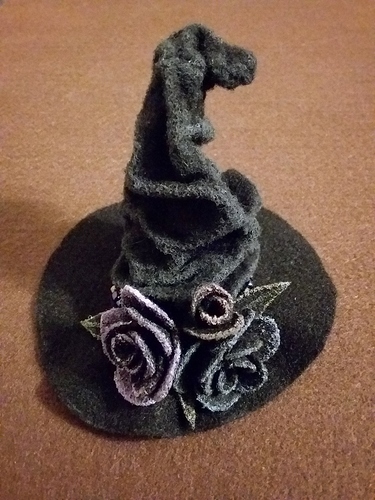 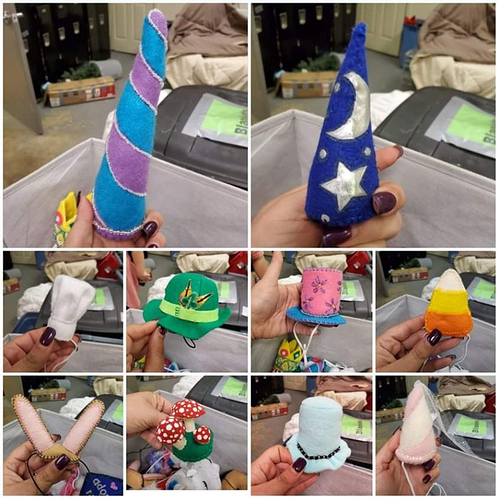 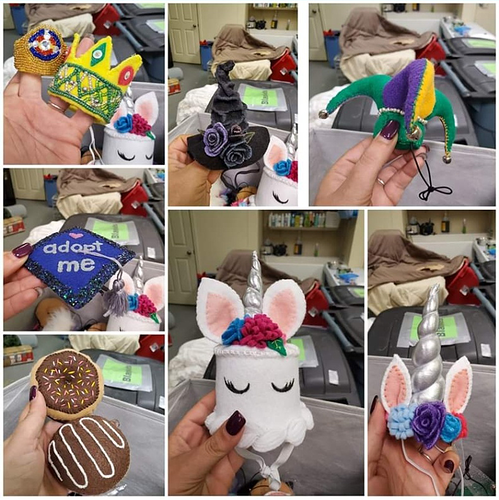 So yeah, I’m a bit crazy. Still, this was a ton of fun! Would you want to make hats for your cats? Or for someone else’s cats? Someone please tell me I’m not alone in this!

Wow!!! I love these, they are fantastic. Very talented. Did you have fun creating them?
My daughter just saw the screen and loves the unicorn one

Thank you so much! OMG, I had SO much fun making them! I said quite a few colorful words while I made them, because most of these didn’t come from a pattern- I just sketched out what I wanted and then made it. But it was incredibly fun!

Now that I have the Silhouette Cameo 4 (thanks designbundles!!) I’m kicking around the idea of writing a craft book and including the patterns and instructions for people to make their own. It’d be a lot of work, but the part I hate the most would be so much easier now! I’m awful at cutting out fabric pieces, so if the Cameo could do that for me I’d be set!

Wow! This is all so cute and such a fun idea!! My bunnies would chew theirs immediately, but I can imagine all the cute kitties wearing hats LOL Adorable!

Thank you!! Unfortunately, the cats weren’t too happy with them. We got a LOT of death glares.

I think they’d work better for dogs, but hey, it’s worth a try, right?

Of course it’s worth a try! Gotta have a bit of harmless fun once in awhile

they are so cute

Thank you so much! It’s a shame the cats didn’t like them as much as the people I showed them to!

This is SOOOOOOOOooooooo CUTE!!! I want to make these! Also a great project to do with kids! Thank you for sharing!

I love them!! Such a cute idea too!
The little witch hat is so cute, I’m dying!

This is the cutest thing everrrrrr. Great job!
You could definitely sell these on Etsy - the little graduation one would be great for preemies “graduating” from the NICU

Oh my gosh these are adorable! Well done!

I can just picture the face my cat would have if I put one on him, it’s soo beneath cats

True, kitties are so funny!!!

@Kalie Do it! I started digitizing my patterns yesterday. If I can ever get rid of this stupid virus I’m planning to write a book including patterns and instructions on making some of my favorite hats from the project. It won’t be a fast process, but it should be an enjoyable one!

@Caro.omp Thank you so much! I wish I could take credit for the idea, but it totally wasn’t mine. However, the patterns are, and I had fun making up techniques for things, like the wrinkles in the witch’s hat. Those are permanent!

@Elizabeth Thanks! You know, as much as I enjoy making them, I don’t think I’d want to make lots of them to sell. There are just so many things I want to do! I’d rather give people instructions and let them run with them. I bet they could make a nice fundraiser for an animal shelter, though!

@Brittany_P Thank you so much!

@CleanCutCreative Thank you! I have a couple of pictures of cats from the shelter wearing my hats… if the cats could speak, I imagine they’d be saying really rude things!

But yes, I can’t see my cats would be too happy to model them! I’d have to choose the crown for my Maine coon. He’s named Aslan after the lion in Narnia.

I bet kids would love some larger versions!

I dress my kitties up in halloween costumes though- I bribe them with treats!

Wow! What a fun idea! If I sewed, I would totally copy some of them for my new puppy

. So nice of you to bring some fun to the shelter!

Aww what kind of pup did you get? All my dogs are super old and I have puppy fever haha! 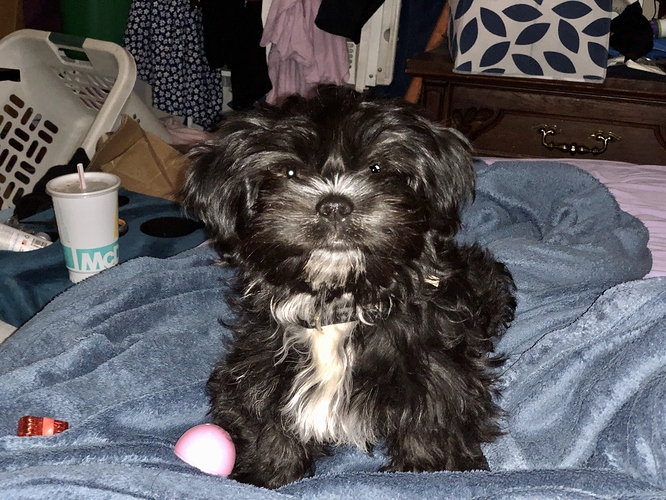