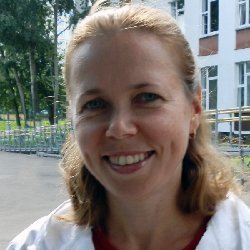 ✎ “Float like a butterfly, sting like a bee. The hands can't hit what the eyes can't see.” © Muhammad Ali

🔎 Boxing is a combat sport in which two people, usually wearing protective gloves, throw punches at each other for a predetermined amount of time in a boxing ring.

🔎 The earliest evidence of boxing rules date back to Ancient Greece, where boxing was established as an Olympic game in 688 BC.

🔎 A boxing match typically consists of a determined number of three-minute rounds, a total of up to 9 to 12 rounds. A minute is typically spent between each round with the fighters in their assigned corners receiving advice and attention from their coach and staff. The fight is controlled by a referee who works within the ring to judge and control the conduct of the fighters, rule on their ability to fight safely, count knocked-down fighters, and rule on fouls.

🔎 Professional bouts are usually much longer than amateur bouts, typically ranging from ten to twelve rounds, though four-round fights are common for less experienced fighters or club fighters. Through the early 20th century, it was common for fights to have unlimited rounds, ending only when one fighter quit, benefiting high-energy fighters like Jack Dempsey. Fifteen rounds remained the internationally recognized limit for championship fights for most of the 20th century until the early 1980s, when the death of boxer Kim Duk-koo eventually prompted the World Boxing Council and other organizations sanctioning professional boxing to reduce the limit to twelve rounds.