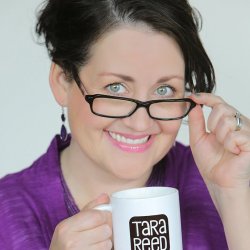 As a scientist, he was a major figure in the American Enlightenment and the history of physics for his discoveries and theories regarding electricity. As an inventor, he is known for the lightning rod, bifocals, and the Franklin stove, among other inventions.

He became wealthy publishing the Pennsylvania Gazette and Poor Richard's Almanack, which he authored under the pseudonym "Richard Saunders".  He initially owned and dealt in slaves but, by the 1750s, he argued against slavery from an economic perspective and became one of the most prominent abolitionists.

He founded many civic organizations, including Philadelphia's fire department and the University of Pennsylvania.(info from Wikipedia)

(Photos on example are not included - just for marketing purposes.)

Please check compatibility of files with your software that you are using BEFORE purchasing an instant download.

NOTE: This listing includes digital files only. No printed materials will be shipped.

DesignBundles will send your download link once purchase is complete. If you have any issues, please contact us via DesignBundles conversation and we will be happy to help

For this Product
For this Store

There are no ratings for this product yet.

All Products can be used for Commercial Use! Read about our License.

Select License
Back to Checkout
Report listing for infringement