When we entered the font industry we noticed there was no standard for how fonts were distributed or presented, and this caused a great deal of distress among designers and crafters, and so we set out to revolutionise this, set those standards and make everything much easier and simpler for the end user.
In our main bundles we have included OTF and TTF versions of the fonts as these are the common font formats used by designers, typographers and crafters. Font Bundles is passionate about innovating and revolutionising the font industry for all, so we've decided to bring some simplicity and clarity to this space - and directly solve some issues we've noticed our customers have found with the way things are currently done.
Let's start by addressing the basics of font formats.

OTF is a modern font format, with advanced features - special glyphs in OTFs were designed to be 'stacked up' to make them very easy to use, provided you were using the right software which supported these features.
'The right software' in this case is limited to software that is specifically built to support the OTF Glyphs.
Adobe software is amazing and industry standard by all accounts, but runs at a heavy price tag of over $50 a month, which makes it inaccessible to many, aside from professional graphics designers who use the software daily in their working environment.
As I understand it, producers of other free and licensed software (such as Silhouette Studio, Inkscape, Microsoft Word) are loathed to include compatibility for OTFs to function the way they are supposed to, simply due to the complexity, cost and time of the software development involved and the limited number of users who need this functionality.
There is another way however, which leads us to Fontbundles first innovation in the field of font accessibility - PUA Encoded Fonts.
PUA Encoded fonts effectively take all of the fancy 'stacked up' glyphs which aren't available to users of most software, and places them into the 'Private Use Area' which is fully available to use by anyone, using the Character Map or Font Book (free software that comes installed with your Windows PC or Mac).
It would make a lot of sense for Font Designers and Marketplaces to do this by default, however lots of font designers are designing for the professional graphics design market (who can afford the $50 a month Adobe Software) and not for everybody, and a lot of Marketplaces know that the cost involved in the time consuming process of making fonts accessible would eat into their profits, so they don't bother to do this, and the customer suffers.
We are striving to convert every single font we sell into a PUA Encoded version so that they are simple and easy to use for everyone, and don't cause any confusion when someone can't access the glyphs they paid money to access.
Within this process, we ran into our second roadblock, TTFs.

TTF is an older format of font and is still around because OTFs aren't fully supported by all software yet (90% of all commonly used software does now support OTFs, but there are some exceptions). It doesn't include many of the advanced features that OTFs do, like automatic ligatures.
To make our fonts accessible within this rare older software, we have included PUA Encoded versions of the TTFs as well as the OTFs.
With the launch of our latest bundle, confusion has arisen on which version of the fonts people should install on their PCs/Macs, with some people using the OTF versions and other people using the TTF versions.
This leads us to our second innovation in the field of font accessibility - The compatible OTF and legacy TTF.

Our new download format is designed to make everything as simple as possible - whereas before you'd get both the OTF and TTF files when purchasing a font bundle, you will now receive just the OTF font format (which will work in 90% of software) and the TTF files are still available, just as a separate download for the users who need it for the older software.
A number of existing users have pointed out an issue with some of the fonts in the Silhouette Studio software - we have now identified that this is to do with the way that software handles the TTF file format, and we have put together a quick guide on addressing this issue if it arises.

The issue arises when attempting to use certain TTF font files in Silhouette Studio, as shown below - as you can see, the top 3 fonts (also TTF versions) display fine, but the fourth, Black Kost, does not display the font as it should, instead replacing it with arial. 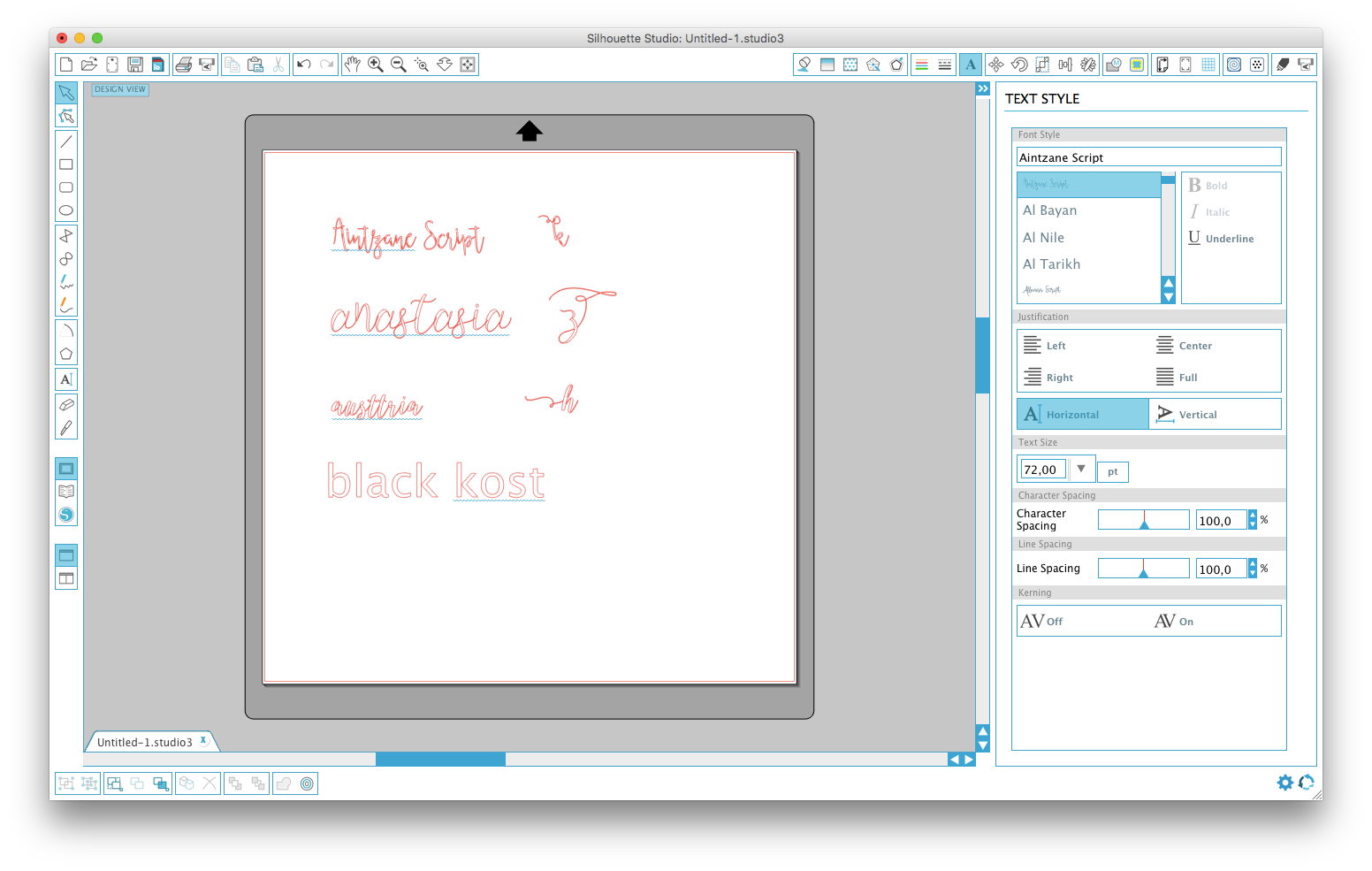 Meanwhile in other software, such as Inkscape, the TTF version of this font works perfectly fine, as shown below - which is a bit of a dilemma. 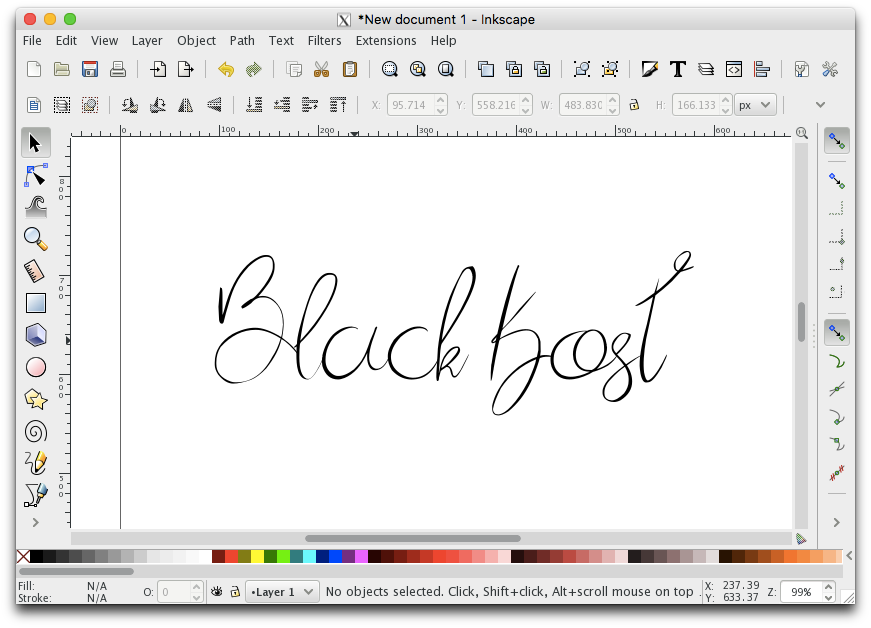 As you can see below, a number of fonts have this issue: 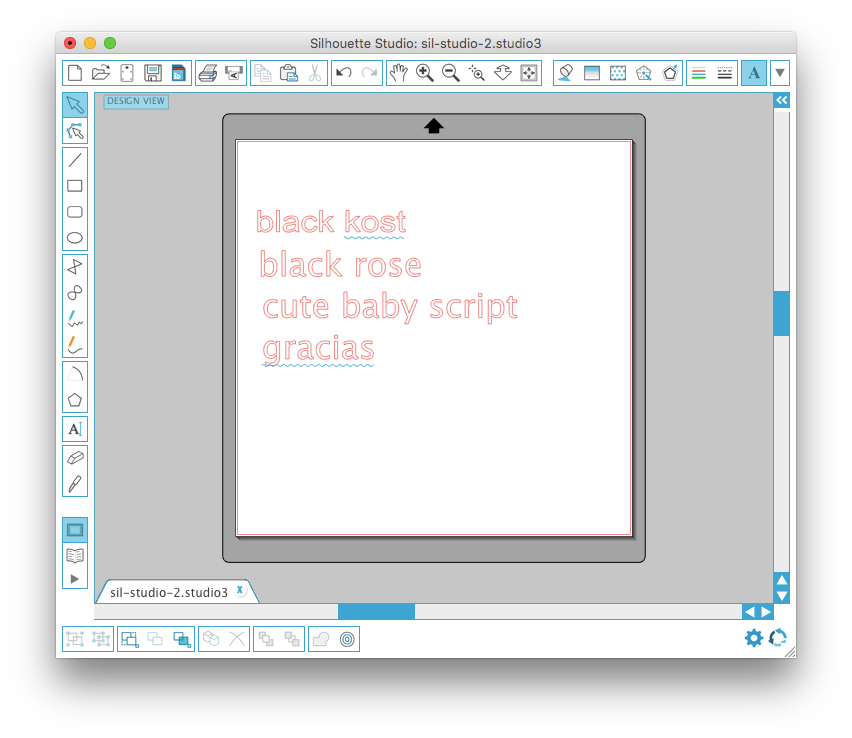 The fix to this is fairly straightforward. Save your document and fully close and exit Silhouette Studio.
Locate the non functional font file in your Font Book or Fonts folder on PC. 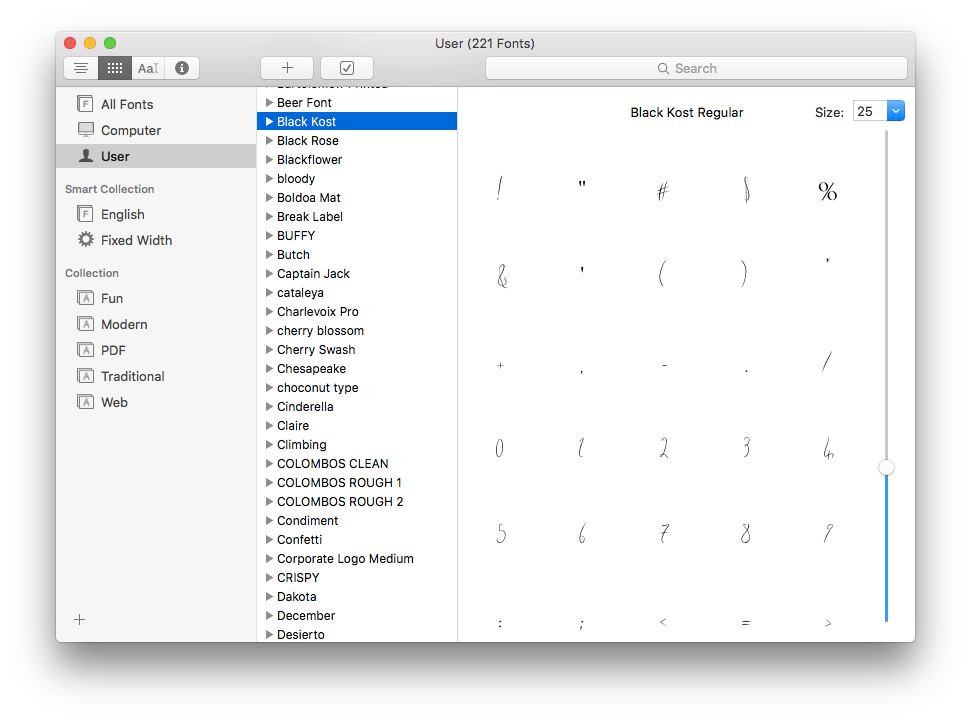 Delete this version of the font. 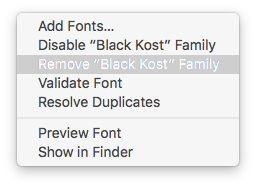 Locate the OTF version of the font. 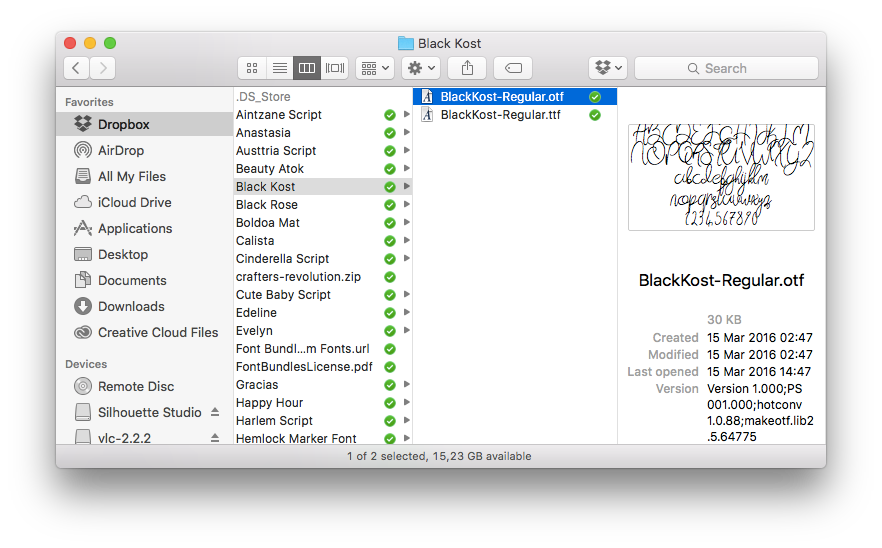 Install it onto your PC/Mac. 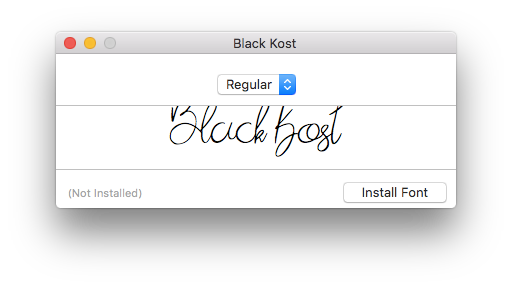 When you reopen your file in Silhouette Studio, the fonts should work as normal. 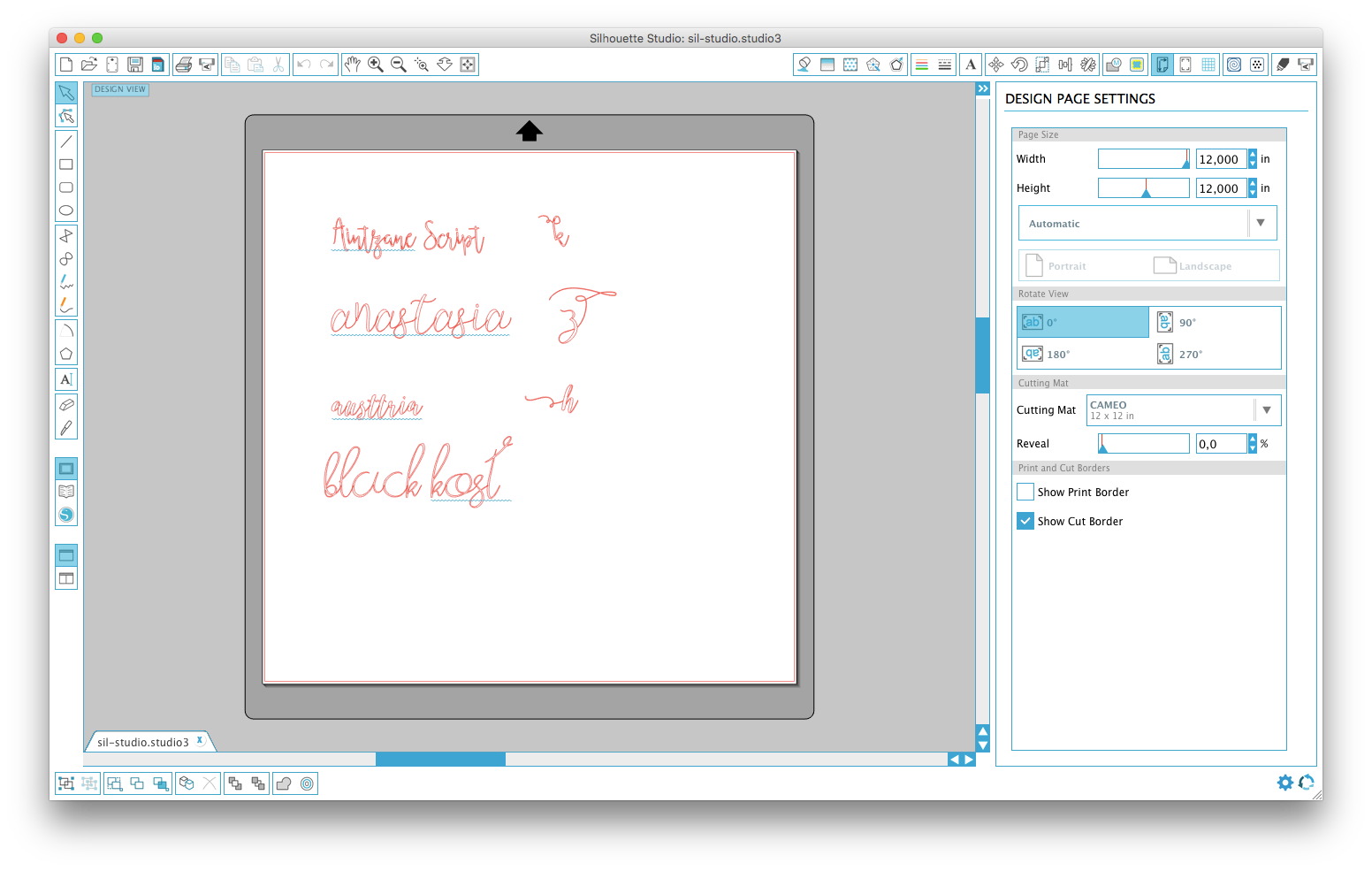 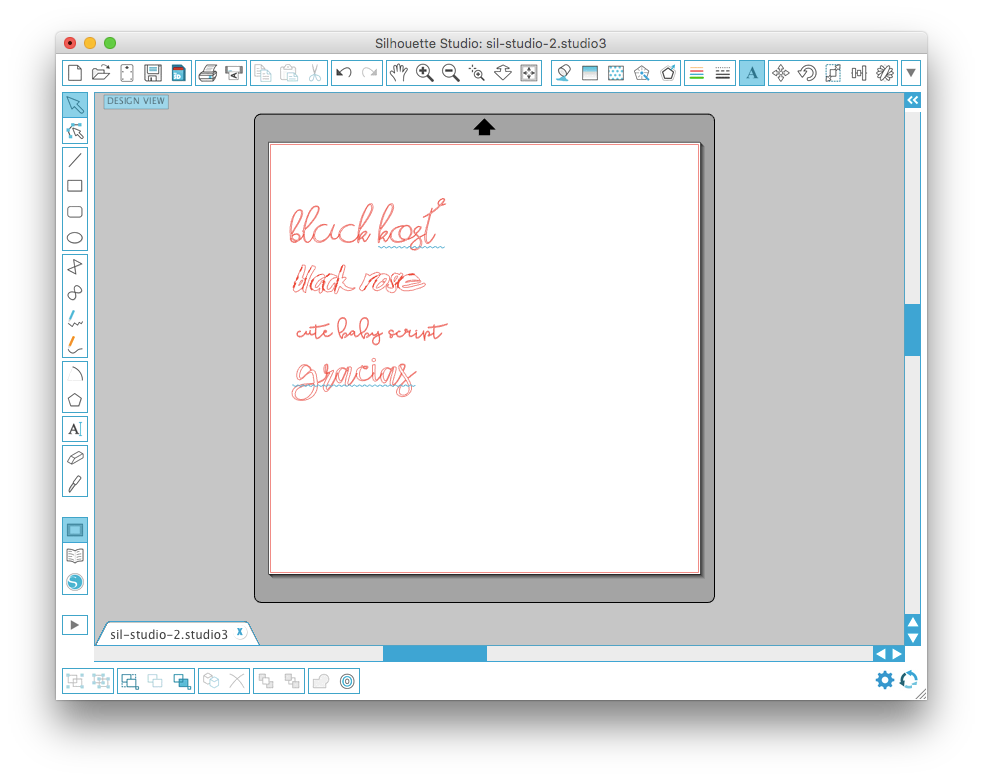 Have a question? Visit our help center for assistance.
See More Tutorials

This tutorial is brought to you by Design Bundles, a premium design resource website offering bundles of up to 99% off.

You can see a selection of our best selling bundles below! 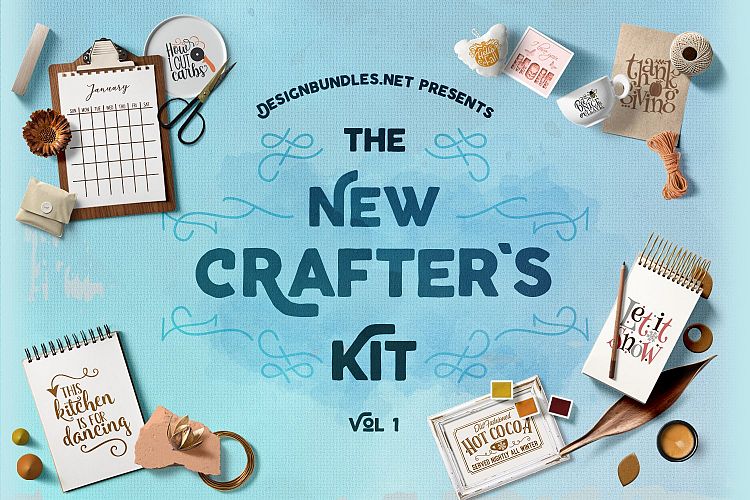 Get our Free Design of the Week 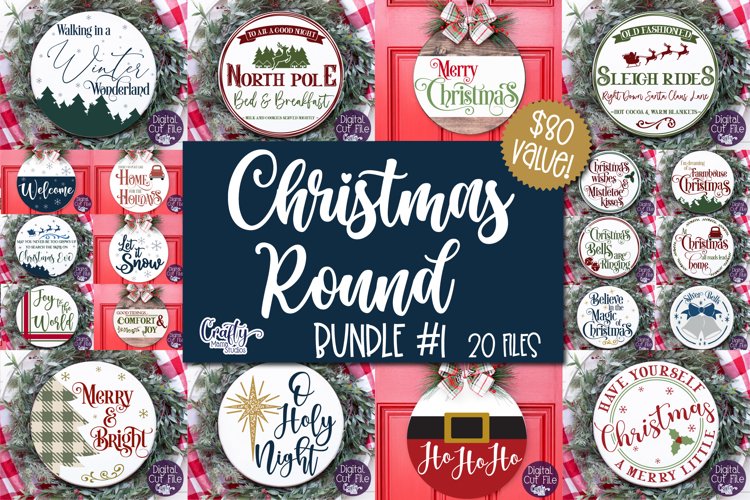 Select License
Back to Checkout